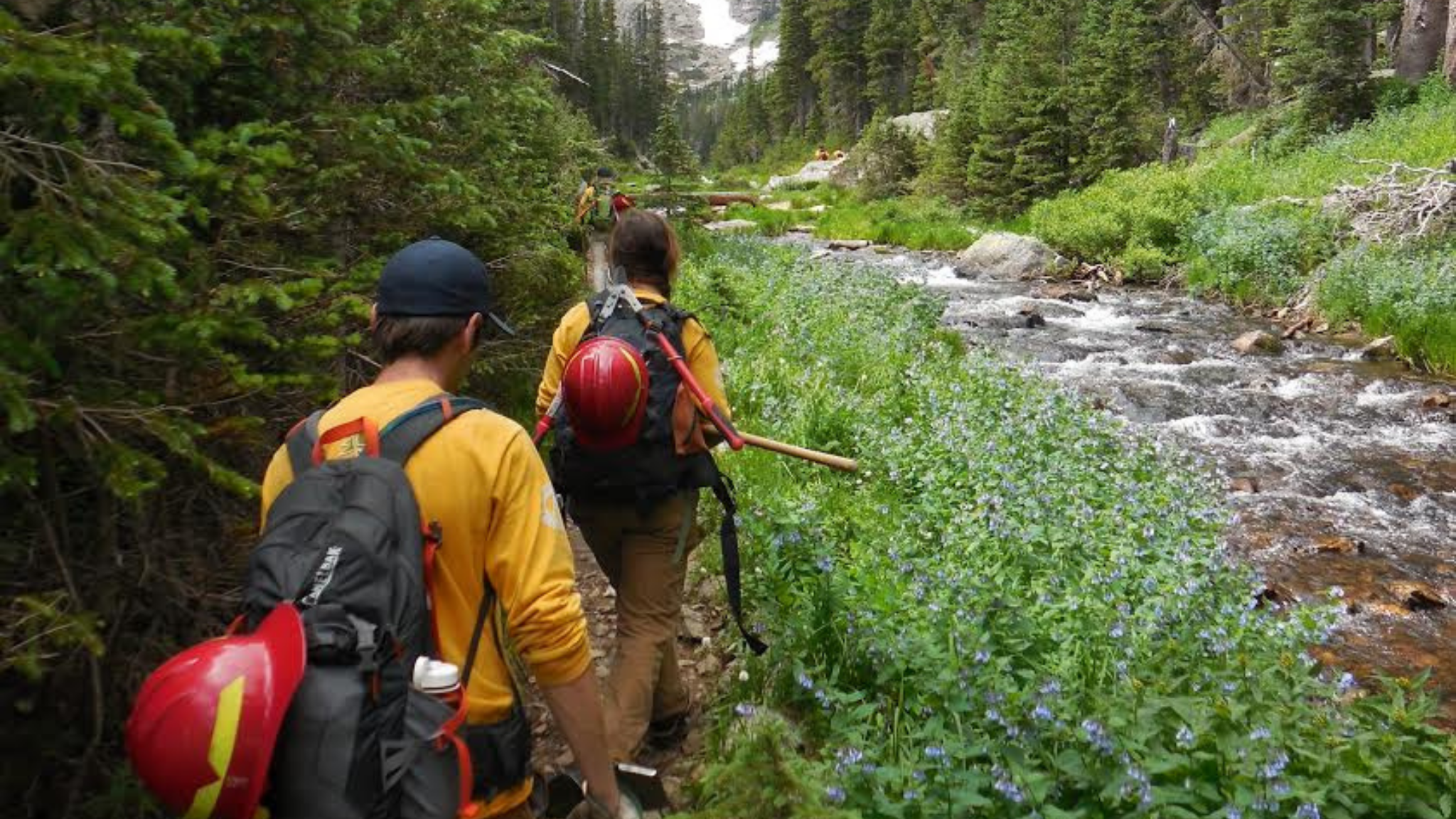 A Day In The Life

Oh, the Places You'll Go! An Intern's Experience with Colorado Parks and Wildlife

There I was, strapped into the back of a Cessna with headphones on my ears and a clipboard in my hands. The ground waved in and out of view, and my stomach tightened in a combination of excitement and—quite frankly— incredible dizziness. “Focus on the horizon,” they said. The horizon? How on earth do I find the horizon? The horizon was somewhere between the fluffy clouds above and the vast Piceance Basin below, but the plane did not stay still long enough for me to decipher where the sky became land. Instead I focused on the radio telemetry antennas strapped to the plane’s wings. We weaved through the air, dipping and diving in order to get the right signals. I closed my eyes and strained to hear the beeps that indicated a collared mule deer on the ground below. Today, it was my job to confirm the presence of ungulates for a long-term Colorado Parks and Wildlife (CPW) research project.

Flash back six months. There I was, the brand new intern wandering the halls of my new office building. I had just gotten hired to help with the Schools and
Outdoor Learning Environments (SOLE) program, a beautiful and rewarding piece of the CPW Education Section. Put simply, my primary job was to get 4th graders and their families outside. The SOLE program reaches thousands of students throughout the state, providing them with field trips, educational programming, and fun events called Family Nature Nights. Little did I know that, though the scope of the Education Department was massive, it hardly scratched the surface of the agency as a whole. The next nine months of my temporary appointment would be an incredible journey. A journey that spanned the agency and the state. One that was full of new experiences— never in my life did I imagine myself riding in an airplane while tracking mule deer! It’s been an adventure that diversified my skill set and solidified my career goals.

As a CPW intern, one is not necessarily limited to a single department. Interns are afforded the unique opportunity to explore the agency and delve into a variety of interests. There are opportunities to explore wildlife biology, law enforcement, media, hunting, fishing, education, hatchery management, and more. Mentors appeared in the masses, eager to share their wealth of knowledge with an aspiring young employee.

Here I am, still awestricken by the immeasurable experiences CPW presented to me. I found myself snowshoeing through the forests of Cameron Pass, assisting a biologist outfit snowshoe hares with radio col- lars. I watched the sun rise over Castlewood Canyon State Park, tip toeing along with Resource Stewardship
staff during a breeding bird survey. I tracked mule deer, spawned Kokanee salmon, and camped at the base of Mount Logan for an early morning Bighorn Sheep count. I earned my Hunter Education certification, attended a backcountry navigation class, gained skills in a variety of field methods, got CPR/First Aid certified, and learned how to instruct archery. Most recently, I spent an entire night surveying the plains of a black-footed ferret reintroduction site. With spotlights in hand, we strained to see the eye shine of the most endangered mammal in North America.

If I were to sum up my journey, I’d point toward the nights I sat along a babbling stream under the moonlight, helping a team of biologists mist net bats and swab them for fungi. Watching intently as they held up an outstanding little Hoary bat, I carefully recorded each measurement undertaken. The work was serious, but the enthusiasm was unremitting. Midnight rolled around and, perhaps sleep deprived at this point, everyone began sharing magnificently cheesy biology jokes. My thoughts at that moment mirror my thoughts now- I am so happy to be here.

Accepting this CPW internship was genuinely one of the best decisions of my life. The vast corners of this state gradually became smaller. CPW staff welcomed me with
open arms from the plains of Yuma to the hills of Durango. I never felt like “the intern” (Well, other than the time I put my waders on backwards and became the subject of a laughable photo shoot). I felt like a valued member of my team and a respected individual in an agency of 1000+ employees.

Oh, the places you’ll go. Dr. Seuss was right. The opportunities are endless. The horizon is no longer a blur, but stands boldly as an indication of the adventures yet to come. This internship helped me develop extraordinary skills ignited an unprecedented clarity in my goals. Thanks to CPW, my journey has only just begun.

I cannot write this without thanking everyone who made this such an incredible experience. To those who supported me in my career exploration, to those who provided incredible opportunities, and to those who shared their knowledge: Tabbi Kinion, Tracy Gripp, Howard Horton, Todd Schmidt, Cathy Brons, Dylan Lewan, Jeff Thompson, Karen Metz, Kirk Navo, Tina Jackson, Raquel Wertsbaugh, Lance Carpenter, Crystal Egli, Nancy Howard, Jake Ivan, Chuck Anderson, Dan Brauch, Mike Sherman, and Garrett Smith.

After her internship, Shalana returned for two more seasons with the SOLE program. After that she worked a season studying the endangered Florida Bonneted Bat in Florida and worked for two years as a Wildlife Technician for City of Boulder Open Space and Mountain Parks. She then returned to CPW to work as the Statewide Volunteer Program Assistant and is now a permanent, full-time employee with CPW as the Workforce Development and ADA Coordinator. Part of her job now is overseeing the Youth Internship Program and helping others discover their dream jobs.

Above: A Big Brown bat is released after being mist netted at Castlewood
Canyon State Park. The bats are tested for a variety of fungi to ensure that their
populations are healthy. ©CPW/Crystal Egli

Above: Nancy Howard, a District Wildlife Manager in Fort Collins, searches for
Bighorn Sheep during an annual survey in the Mt. Evans Wilderness Area.
©CPW/Shalana Gray

Above: A long-term study, under the direction of Chuck Anderson, examines mule deer
habitat use, winter health, fawn survival, and population estimates, Researchers
utilize radio telemetry from small airplanes to get a better picture of the deer populations below.
©CPW/Shalana Gray 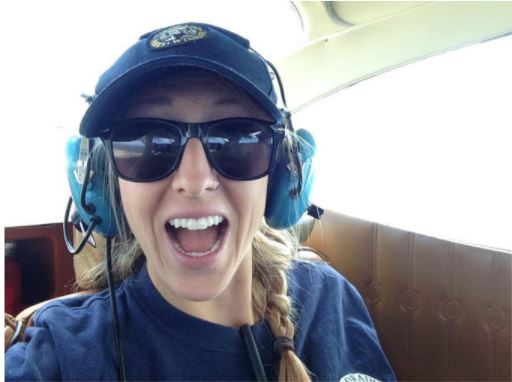